The Home Nations is a series of 4 tournaments run by World Snooker as part of their main tour. Since 2016, WeAreBeard has worked with World Snooker to create a new look and feel for the tournaments.

With a focus on trying to increase the audience for this new tournament series, as well as engage a younger audience, we developed a fun illustrated style for the 2017/18 series, that helped to separate the Home Nations from the other tournaments on the calendar. The campaign was very well received, to such an extent that an updated version of the style was used for the 2018/19 series.  The illustrations and identity created by WeAreBeard were used in all promotions for the tournaments online and in print, as well as through each venue and by TV host, Eurosport, for their studio graphics.

The illustrated style chosen was simple and flexible, allowing us to quickly change players according to the progression of the tournament. We created a bank of player images at the start of the series which could be used and adapted in a variety of ways and different promotions. 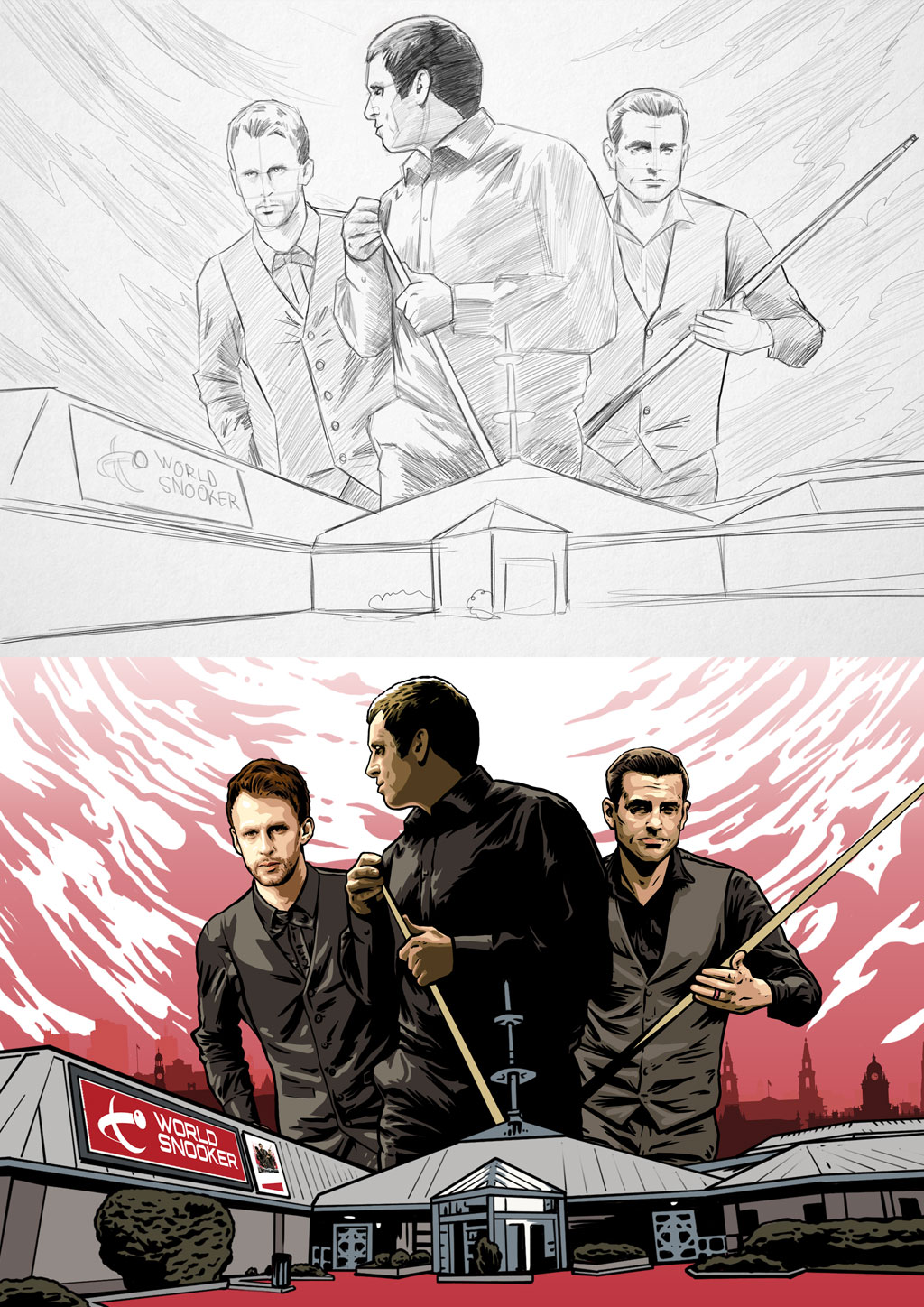 These images have since been seen in various locations throughout each event, on site as well as on TV and used for promotion in the local area to help increase visibility and awareness.

Want to learn more about us and our work?